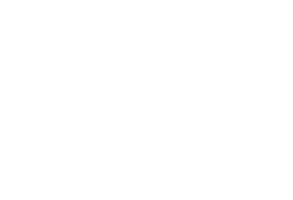 “Mankind is composed of two sorts of men – those who love and create, and those who hate and destroy.”

About José Orlando Padrón – we can literally say that he is the salt of the earth. Across generations, his family made a living planting tobacco in the fertile fields of the Cuban province of Pinar del Río. His ancestors had been farmers in the Canary Islands.

After graduating from the José B. Alemán Technical Industrial School in 1944, he returned to his father Francisco’s 230-plus-acre farm. His job was to supervise and tend to the tobacco crops; de-stemming, sorting leaves and planting the seedbeds.

However, in the early 1950s, he received an offer to work in management at a copper mine in Pinar del Río. Had he not taken the position, he would have remained a tobacco farmer, just like his grandfather and his father. When the mine ceased operations during the revolutionary fight against the Batista dictatorship, Orlando, who sympathized with the democratic ideals proclaimed at the time by Fidel Castro, joined his clandestine army.

In January of 1959, Castro assumed leadership of the country, but then-lieutenant Padrón did not continue in the ranks of the Revolutionary Army. When Fidel Castro offered Orlando another government post he declined.

By April of 1961, he boarded a plane and was able to leave Havana en route to Spain; lucky for him, he did so just in time. Had Orlando stayed in Cuba, he would have been a marked man in the eyes of Castro’s intelligence corps. And true to the norms of the time, he would have been sentenced to 20 years in prison at the very least.

After several months of a lonely existence in Madrid, Padrón, in December of 1961, boarded the Steamship Covadonga, bound for the United States. He first worked in New York, and in February of 1962, traveled on a Greyhound bus to Miami.

“My aspiration, and my company’s tireless devotion, is to create cigars that are 100 percent perfect.

Initially, Orlando mowed lawns throughout the city. After that, with a hammer given to him by his friend, Raul Fernandez, he also did specialized carpentry work. Working 18-hour days – and saving his money – he never forgot his ancestral vocation: tobacco farming. He realized that special types of cigars, the ones that many Cuban exiles were used to smoking in Cuba, could not be purchased in Miami. In time, this hammer – el martillito – helped earn the $600 which allowed him to open Padrón Cigars in September of 1964.

Starting with only one cigar-roller, Orlando manufactured enough cigars containing his special blend. At night, having finished his duties as a gardener and carpenter, he went on sales calls to businesses that sold puros, the term commonly used in Spanish to describe cigars.

The key element behind the growth of Don Orlando’s business has been the excellent quality of the tobacco used to make his cigars. He learned that a valley in the Estelí region of Nicaragua has a microclimate and quality of soil similar to those of Pinar del Río – the Cuban province where the highest quality tobacco was planted, harvested and cured. This tobacco was later sold to the prestigious manufacturer that supplied famous smokers like Winston Churchill and John F. Kennedy, among others.

The road to success was not an easy one. Orlando had to overcome obstacles like civil war in Nicaragua, the fire that destroyed his plant in Estelí, repeated acts of violence against his Miami manufacturing operation and bombing attempts by a small group of local extortionists. Today, thankfully, all is forgotten. After many years of struggle, he was able to prevail over those hardships.

Looking forward, Orlando Padrón was able to create an entrepreneurial team made up primarily of family members, all dedicated and efficient, having learned under his benevolent but constant supervision. Today, the Padrón Family continues to work in exemplary harmony, demonstrating an unwavering commitment to their customers and to maintaining the exceptional quality of their product, without any concessions.

“I want to say that planting, smelling, enjoying and sharing tobacco has been a fundamental component of my entire life and that of my family.